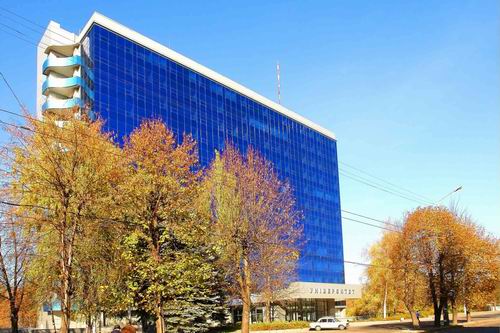 A Faculty of Social Sciences and International Relations was created on 5 December in 2005 on the base of the separation of specialties of juridical (“Philosophy”), historical (“Politology”) faculties and the sociology and psychology faculty (“Sociology”, “Social work”). More than 800 students of a day-time education study here.

The education process is provided by 75 scientific and pedagogical staff, including 11 doctors, professors, 56 candidates of sciences, associate professors, of which 1 corresponding member of National Academy of Pedagogical Sciences of Ukraine, 1 academician of the Ukrainian Academy of Political Sciences, 1 Academician and 2 Corresponding Members ofthe International Academy of social Technologies and Local Government, 1 honored Worker of Science of Ukraine, two deserved teachers of Ukraine.

Structure of the Faculty Leaders

Structural Subsections of the Faculty

Other structural subsections of the faculty: 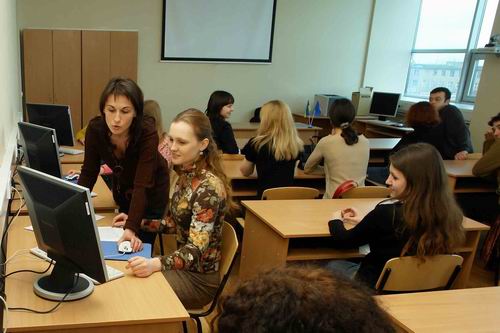 Historic-philosophical school is created at the chair. The sociology chair works out a state-budget theme “Teaching methods modernization in the conditions of credit-module system adoption: sociological aspect”.
Politology chair works out a scientific-research theme “Methodological bases, institutional opportunities and social-cultural factors of stable political development providing”.
Training of scientific and scientific-pedagogical is realized at the faculty through a post-graduate study at such specialties: “History of philosophy”, “Social philosophy and philosophy of history”, “Philosophy of science and technique”, “Theory and history of sociology”, “Branch sociologies”, “Theory and history of political science”, ”Political institutes and processes” and doctoral studies at the “History of philosophy” specialty.

The faculty takes part in TEMPUS JEP 26193 2005 “Crisis analysis and decision taking in Ukraine” project fulfillment. The first admission of students at “Politology” specialty was made in 2007/08 by the masters training program “Crisis analysis and decision taking” with the probation training in Roman University La Sapienza (Italy) and getting the diploma of this educational establishment. Students and teachers of the faculty take an active part in the programs of academic exchange and probation trainings.

Organ of student self-government – student council functions at the faculty. A Day of the faculty is held at the beginning of December; Days of specialty are held by the chairs with the active participation of students.
Students take an active part in the work of sport sections Palace of Sport, creative associations of Palace of Students. A CFI group “Bilochka” functions. Students of “Politology” specialty won the title “Miss University” twice.