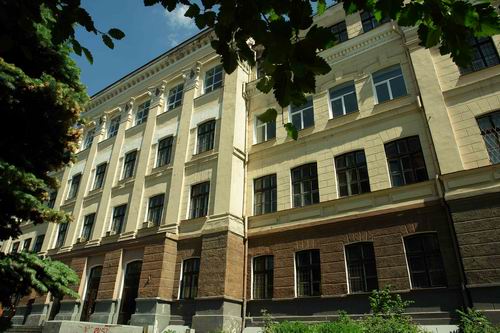 The Governing Body of the Faculty

Structural Subdivisions of the Faculty

The faculty includes 1 scientific-research lab that is structural subdivision of the department of calculating mathematics and mathematical cybernetics:
Optimization of complex systems (scientific head – professor, member of National Academy of Sciences, Kiseliova Olena Mykhailivna).
The lab investigates fundamental mathematical surveys in the branch of optimization tasks of applied character with a prior direction of science and technology development – “New computer means and technolocies of informatization of society (Informatics and cybernetics)”.

The cooperation between the faculty and foreign universities has increased recently.
It cooperates in the direction of common scientific and educative-methodological work (especially, with help of international funds), information exchange, common visits and exchange of lecturers, scientists, students. More than 30 graduates of the faculty of recent years work and study abroad in such countries as France, Italy, Germany, Great Britain, Canada, USA. One of the forms of international cooperation is participation of DNU representatives (lecturers and students) in summer schools held in Koblanz. The summer school allows to get the knowledge which is not included to the traditional studying schedule, it gives a possibility for students and lecturers to get acquainted with West-European system of education and to open their mind. The department of calculating mathematics and mathematical cybernetics cooperated with Prinston University, the department of chemical engineering (professor K.A. Fludas), University of Florida, the department of system engineering (professor P.M. Pardalos, the head of systen engineering department, deputy head of the centre of applied optimization).

Since 2003, the facilty runs the program of two diplomas: Department of Applied Mathematics DNU - Faculty of Science and Technology University. Le Mans (France). Throughout the Program in 2010-2015 in the program was attended by eight graduate students from DNU, 7 of them successfully completed the program received two diplomas (DNU and University of Le Mans) and are employed in the IT-sector in the European Union. 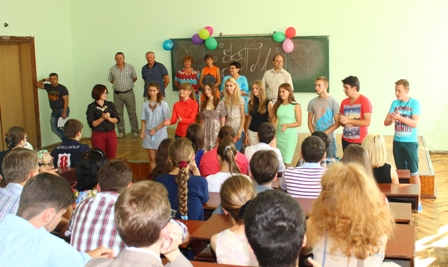 d to publish a wall newspaper “Persona Grata”. It brought the information about the life of the faculty, university, collegiate life in general and it was published once in 3-5 months. Later it was changed by the first magazine of the faculty of applied mathematics “Kompromat” (“Discrediting evidence”), then one more magazine appeared, it was called “Vitrazhi” (“Stained-glass windows”). 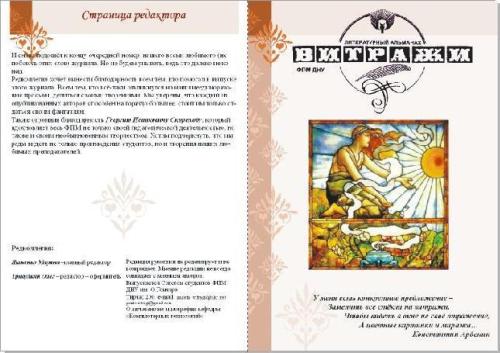 The faculty runs competitions in applied mathematics. Winners of these competitions took part in Ukrainian competitions where they could check their solutions on big calculating machines.